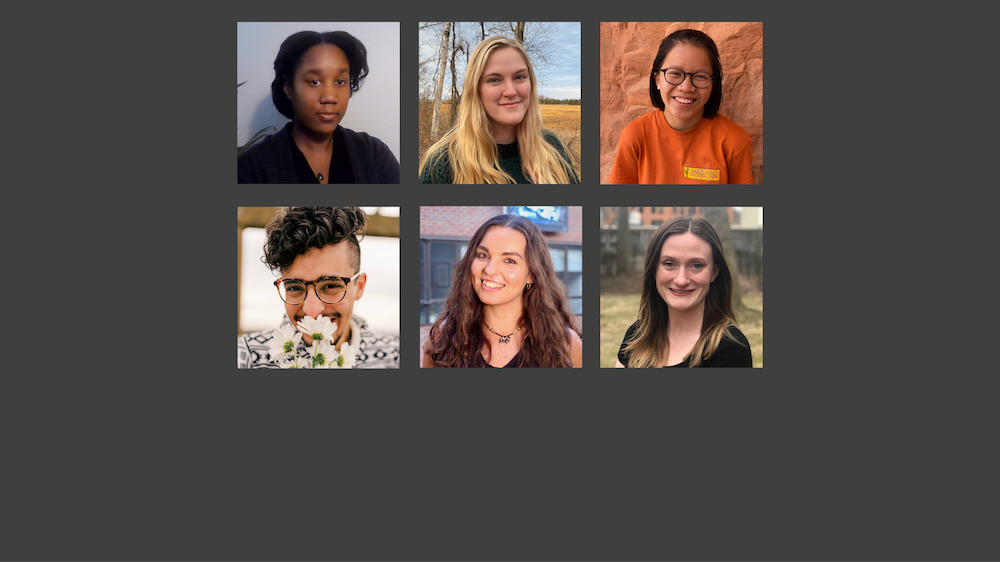 Six talented students passionate about science journalism have been awarded prestigious Taylor/Blakeslee University Fellowships for the 2022-23 academic year from the Council for the Advancement of Science Writing. Each will receive a $5,000 award to support graduate training in science writing. Their selection brings to 184 the number of science writers aided by CASW’s graduate fellowships since 1981.

Selected for the fellowships from a competitive field of outstanding applicants were: Shannon Banks will pursue a master’s degree in science communication at the University of California Santa Cruz. “Everyone is capable of learning and turning their fears into a source of knowledge. They just need someone to make them feel comfortable enough to do so,” she wrote. “As science journalists, we have the capacity to create that space and further our understanding as a society.” Banks graduated from Oberlin College in 2018 with a B.A. in geology and is a member of the Geological Society of America and the National Association of Black Geoscientists. A Detroit native, Banks, whose work history includes stints at Kids Explore Japan and AmeriCorps, hopes to use her graduate training to increase access to science, technology, engineering and math in underrepresented communities. Anna McLoud Gibbs (@annamgibbs) plans to join New York University’s Science, Health, and Environmental Reporting Program (SHERP) in the fall. “I’m interested in writing about the wonderful and zany elements of the natural world, as well as solutions-oriented journalism that realistically considers where we might afford hope in the climate crisis,” she said. An early-career journalist focused on environmental issues, Gibbs is currently an intern at Science News and aspires to work as a staff writer or editor at a science magazine. Gibbs hails from Ipswich, Mass. and graduated from Harvard in 2019 with a B.A. in English and a psychology minor. Jiayu Liang (@JiayuLiang_) will pursue a master’s degree at Columbia University’s Stabile Center for Investigative Journalism. “I hope my investigative work will allow science to live up to its full potential in the future and help the broader public rather than the powerful few,” she said. Liang lives in Somerville, Mass., and received her B.A. in communication of science and technology from Vanderbilt University in 2019, with follow-up studies at the Harvard Extension School. Liang is an associate communications officer for the Union of Concerned Scientists. Luis Melecio-Zambrano (@ZambranoMelecio) will join the science communication master’s program at UC Santa Cruz this fall. Melecio-Zambrano has chemistry degrees from Stetson University and Cornell University and has been pursuing a Ph.D. at Cornell, focusing on polymer synthesis, but has gravitated toward a journalism career over the past couple of years. “I am interested in reporting at the intersection of scientific and social issues, especially those that disproportionately affect the most vulnerable populations of the world,” they said. Melecio-Zambrano hopes to one day develop a Spanish-language science communication podcast. 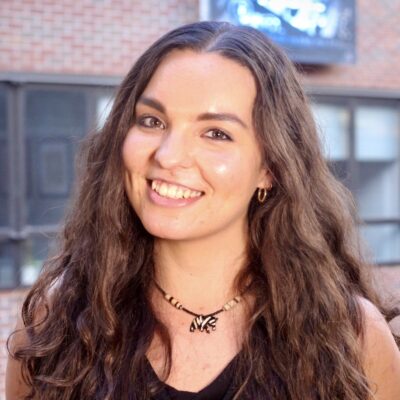 Marlowe Starling (@StarlingMarlowe) plans to attend NYU’s SHERP program this fall. “Throughout the process of building a name for myself as an environmental reporter over the past few years, it has become clear that this field is not only my passion, but also my strong suit,” she said. “In graduate school, I look forward to conducting true field reporting and understanding how cultural differences play into environmental issues, both at home and abroad.” Starling has written on a freelance basis for Mongabay and Earth Island Journal. Personal highlights include a reporting trip to East Africa and early acclaim for her environmental reporting. Starling is from Miami and recently graduated from the University of Florida with a B.S. in journalism. Elissa Welle (@ElissaWelle) will join the master’s program at UC Santa Cruz this fall. “I now can see that a career in journalism suits me far better than scientific research,” she said. “Despite a prior lack of experience, I have plunged headfirst into this new career in journalism and begun to swim.” Welle received her Ph.D. in biomedical engineering from the University of Michigan last yearn but is currently employed as a breaking-news reporter at the Detroit Free Press. She also worked as an investigative reporter at The Michigan Daily, focusing on the university’s response to allegations of academic bullying. Welle will work at STAT News as an American Association for the Advancement of Science Mass Media Fellow this summer.

CASW’s graduate fellowships are underwritten by a grant from The Brinson Foundation, a Chicago-based philanthropic organization. They honor the late Rennie Taylor and Alton Blakeslee, science writer and science editor respectively for The Associated Press.