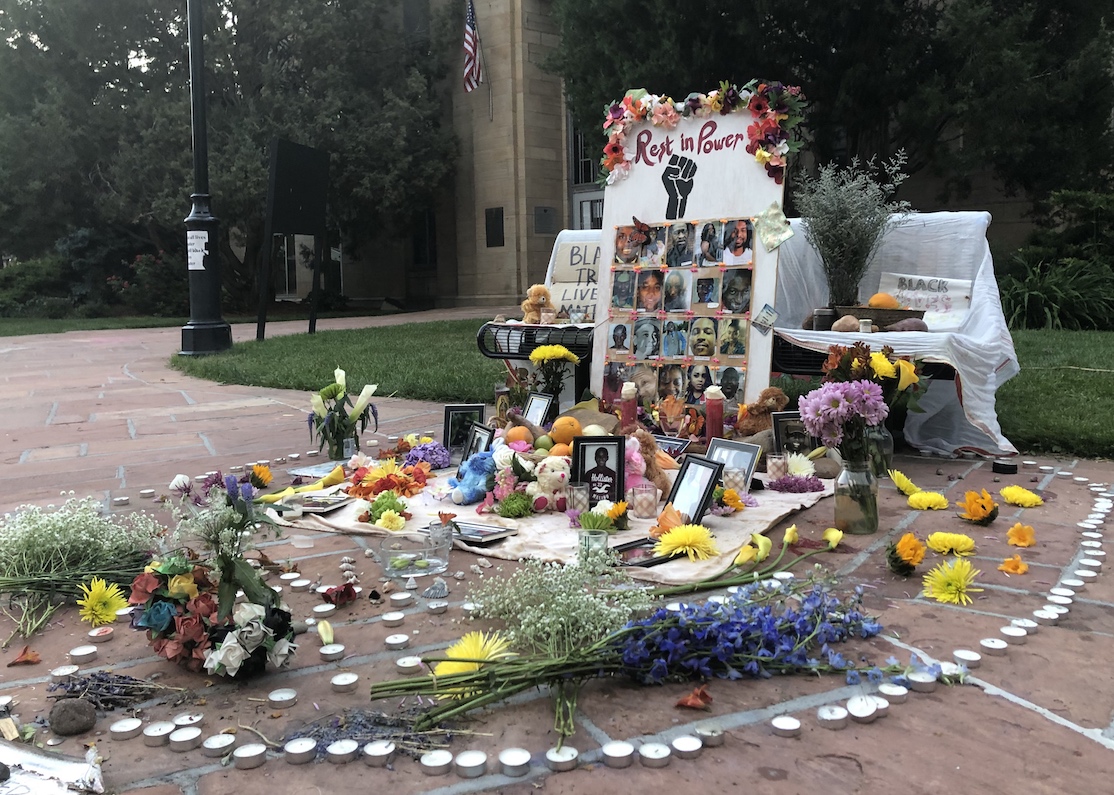 When word of the June 10 #ShutDownSTEM and #ShutDownAcademia strike day reached the University of Colorado, its flagship campus was already embroiled in anti-racism campaigns demanding action by university administrators. The call to halt business as usual and instead engage in education, advocacy, and change to improve inclusion and support for BIPOC (Black, Indigenous, and People of Color) students, staff, and colleagues struck a nerve in Boulder.

For months, despite CU administrators’ strong public statements denouncing racist behavior, concerned student activists had accused university leadership of failing to sufficiently address racism on campus. In October, students protested after a woman not affiliated with CU spewed racial slurs in an engineering building. In November, Colorado Public Radio reported that some BIPOC students expressed an overwhelming feeling that they didn’t belong on CU’s campus. Of the more than 35,000 students enrolled this year, only 2.5% identified as Black or African American.

Days before #ShutDownSTEM, a petition circulated supporting a demand that administrators expel a cheerleader for online racist statements. The petition had drawn nearly 8,500 signatures by the time of this report. On May 29, another petition, echoing similar calls by the University of Minnesota Student Alliance in the wake of George Floyd’s killing by Minneapolis police, demanded that CU Boulder make changes that included severing ties with campus police.

The spotlight turns to the STEM community

As #ShutDownSTEM approached, this postdoctoral fellow reached out to many STEM (Science, Technology, Engineering, and Mathematics) student researchers at CU Boulder to gauge sentiment about the state of racism on campus. Many said they did not feel safe sharing their comments without anonymity, citing concern for “stirring the [political] pot” or that activism might draw backlash from advisors valuing research productivity.

But in the spirit of #ShutDownSTEM, scores of concerned students organized, and many found their departments’ leadership receptive. In the molecular, cellular, and developmental biology (MCDB) department, 41 graduate students confronted MCDB’s executive committee in a signed letter ahead of June 10. “MCDB does not have a single Black graduate student or [faculty member]. This fact is rarely ever acknowledged, and suggests that our department is complicit in systemic racism and prejudice,” they wrote.

MCDB graduate student Alison Gilchrist told me that the department leadership’s response was immediate and positive. “We’ve been in conversation the past few days with our faculty regarding #BLM [Black Lives Matter], the nationwide protests, and MCDB’s public response. On Monday, there was a Zoom call… and they endorsed #ShutDownSTEM in that meeting as well as separately (and formerly) by email and Twitter.”

The ecology and evolutionary biology department published a solidarity statement and an array of anti-racism educational links shortly after George Floyd’s death. In physics, #ShutDownSTEM saw multiple events of 100+ people come together, a “mixture of grad students, postdocs, staff, [and] faculty,” according to physics professor Anna Hasenfratz, who was among the first to publicly pledge support for the #ShutDownSTEM movement. Public calls for support and action echoed from organizations across the university, among them CU Boulder’s Postdoctoral Association, English department, College of Engineering & Applied Science, and Staff Council.

A move from confrontation to conversation

#ShutDownSTEM also catalyzed timely conversations within my own department, psychology and neuroscience. Several labs exchanged a weekly meeting for a discussion of how to foster a supportive environment for BIPOC. And following the lead of the MCDB students, some trainees met Wednesday to discuss a letter to faculty and the department chair, Irene Blair, to call for a statement of support alongside actionable changes within the department to support BIPOC. Blair beat us to the punch with a statement the afternoon of the strike.

“We need a clear statement on diversity, inclusion and equity,” Blair said in her statement to the department. “We need to come together to better understand the barriers and supports that need to be addressed to reach our goals. This is a call for action. What are your ideas and how do you want to be involved?” An ensuing email dialogue between Blair, faculty, and students prompted a student-led call for a town hall to ensure the discussion would continue.

In an interview Friday afternoon, Blair said #ShutDownSTEM “definitely opened the door for communication,” expressing gratitude that students had “taken the initiative to get involved, suggest actions, and continue the discussion.”

Addressing student sentiment that statements should have come earlier, Blair said, “For #ShutDownSTEM, I joined a lab that met to discuss the movements. [In that meeting] I asked them if I should put out a statement.

“I was conflicted,” Blair said, “Because it just seems like words. I don’t feel pride about this statement. It feels too late. Too little. It feels like all I can say. And I want to let those know that those who have been targeted are not going to be made better by a statement. Words won’t change that pain.”

J. Alex Grizzell (@AGrizz) is a postdoctoral research fellow at the University of Colorado, Boulder who studies the neural circuitry of resilience to stress and addiction, particularly in social contexts. He earned his PhD in neuroscience and behavior from the University of Tennessee, studying how the prefrontal cortex confers learned resilience to traumatic stress. Alex is also active in science communication outreach and serves as a co-organizer for the ComSciCon-SciWri2020 workshop.

Editor’s note: The University of Colorado is a supporter of CASW through its role as host of ScienceWriters2021.